The Baiji Dolphin, or the Yangtze River Dolphin, was once known as the ‘goddess of the Yangtze’. However, these fresh water species was dethroned by man by 2006, and was officially announced extinct by experts.

The baiji is sometimes called the Yangtze dolphin, the White fin or the White flag. The baiji is an animal that lives in the Yangtze River in China. There are believed to be very few baiji left in existence. Its official conservation status is Critically Endangered, but some scientists believe they are extinct. The baiji or Chinese river dolphin, and beautiful Goddess of the Yangtze lived for 20 million years in the Yangtze River, China. The baiji's demise was rapid and shocking; it went from a healthy population of some 6000 animals to extinct in a few decades, nothing more than a blink of an eye. The Yangtze River dolphin or baiji (Lipotes vexillifer) of China has long been recognized as one of the world's most rare and threatened mammal species. 'It's a relic species, more than 20 million.

From the late 1980s to the mid 1990s, the Baiji Dolphin population had significantly decreased by more than 75% (from 400 to 100 and less). A 1997 investigation had led to an astonishing finding of only 13 precious Baijis.

The explanation for the Baiji Dolphin’s rapid decline owes to increased anthropogenic activities in the river – the construction of dams, overfishing and increased boat traffic, leading to frequent boat collisions and miscommunications for these blind dolphins who largely depend on echo-location for survival. In my previous post about the Amazon River dolphins, we see a parallel between these two species, who both rely heavily on sound, and whose existence was and now are currently threatened by anthropogenic activities. 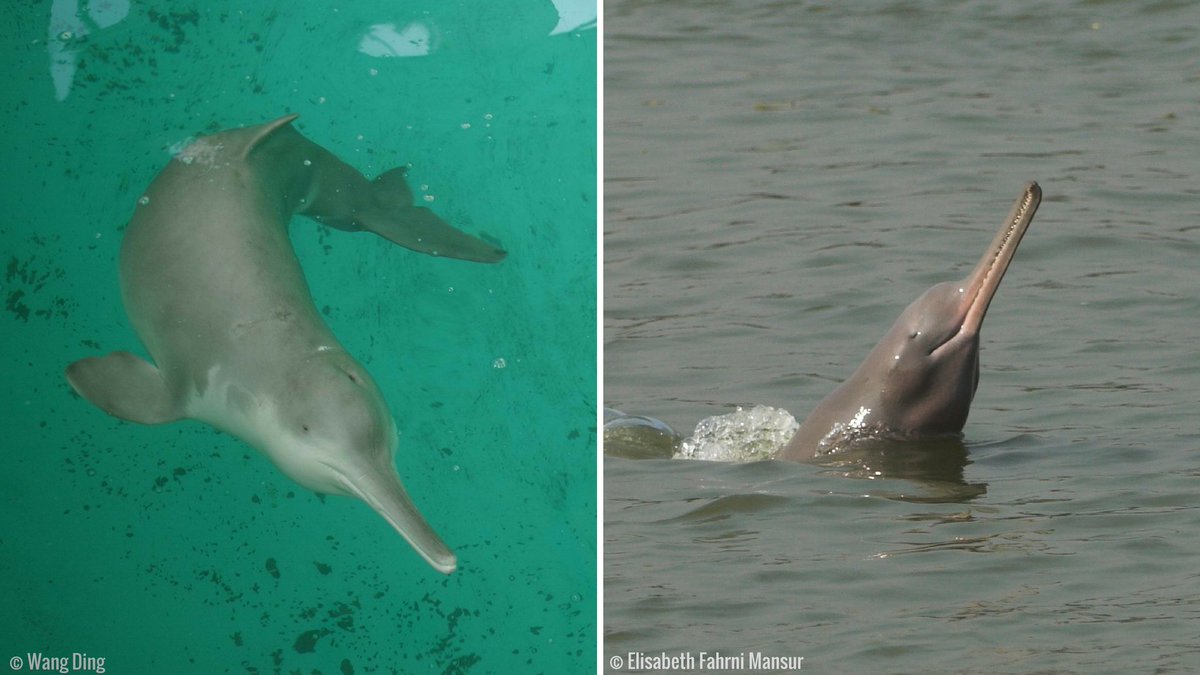 The extinction of the Baiji Dolphin calls for an immediate attention to save other species facing the same threat, including the Amazon River Dolphin and the Yangtze finless porpoise.

So the next question is…

You’ve seen the movie Jurassic World and marvel at the science to recreate an extinct species genome and bring it back to life (Queue Jurassic World them song in the back ground). But is all that just a myth or a fairy tale? Well you better be ready, for scientist are currently making it come true.

Carl Zimmer had the opportunity to interact with experts – geneticists, wild-life biologists, conservationists and ethicists, who discussed extraordinary advancements in “manipulating stem cells, in recovering ancient DNA, in reconstructing lost genomes”, coming to the exciting conclusion that De-extinction today is no longer just a myth. It is “now within reach”.

As exciting as it sounds, the article explains further that De-extinction technology today however, can only be feasible for species that had died “within the past tens of thousands of years”, with specimens containing “intact cells” that is sufficient for reconstruction of a species genome. Dinosaur fanatics would probably have to wait for a few more decades when new advances in technology are made known to man, or a miracle find of the ancient Tyrannosaurus rex genome extinct 65 million years ago.

Although De-extinction is the new cutting edge of science for humanity, the process and results are long and tedious, alongside a huge investment placed into the research project. Our closest step towards De-extinction was in 2003 – where Spanish and French scientist managed to revive the Pyrenean ibex ( a wild goat known as the burcardo that was extinct due to over hunting), but only for a mere ten minutes. As you have learnt in your biology class, or heard about cloning of Dolly the Sheep, the process was similar, involving the transfer of the genome sequence, into a new cell (of a close relative) that had been shocked using electricity to remove its original nuclei. This embryo is then transferred into the womb of surrogate mothers. The whole process could take more than 10 years to complete, often with disappointing results, but a step closer to De-extinction.

In addition, the article touched on an important point – why bother spending so much money on resurrecting extinct species when you can channel these resources to saving the endangered ones?

The answer – we have the obligation to do so.

The extinction of these species was largely due to careless and irresponsible anthropogenic activities, driving us further into the Holocene extinction. Through De-extinction, we not only correct our past mistakes, but also developing the technology that will enable us to help in the breeding projects of endangered species under the care of man.

Furthermore, many other challenges still exist. Rehabilitated species like the Arabian oryx became critically endangered shortly after their release into the wild due to poachers. “The world wasn’t ready”, said biologist Struat Pimm of Duke University. Being able to revive the Baiji Dolphin is tough, and even near impossible despite advances in De-extinction, due to the harsh and inhospitable Yangtze River conditions.

What can we do then? Start by acting responsibly, think before you act.

Are we the earth’s greatest enemy and hypocrites? 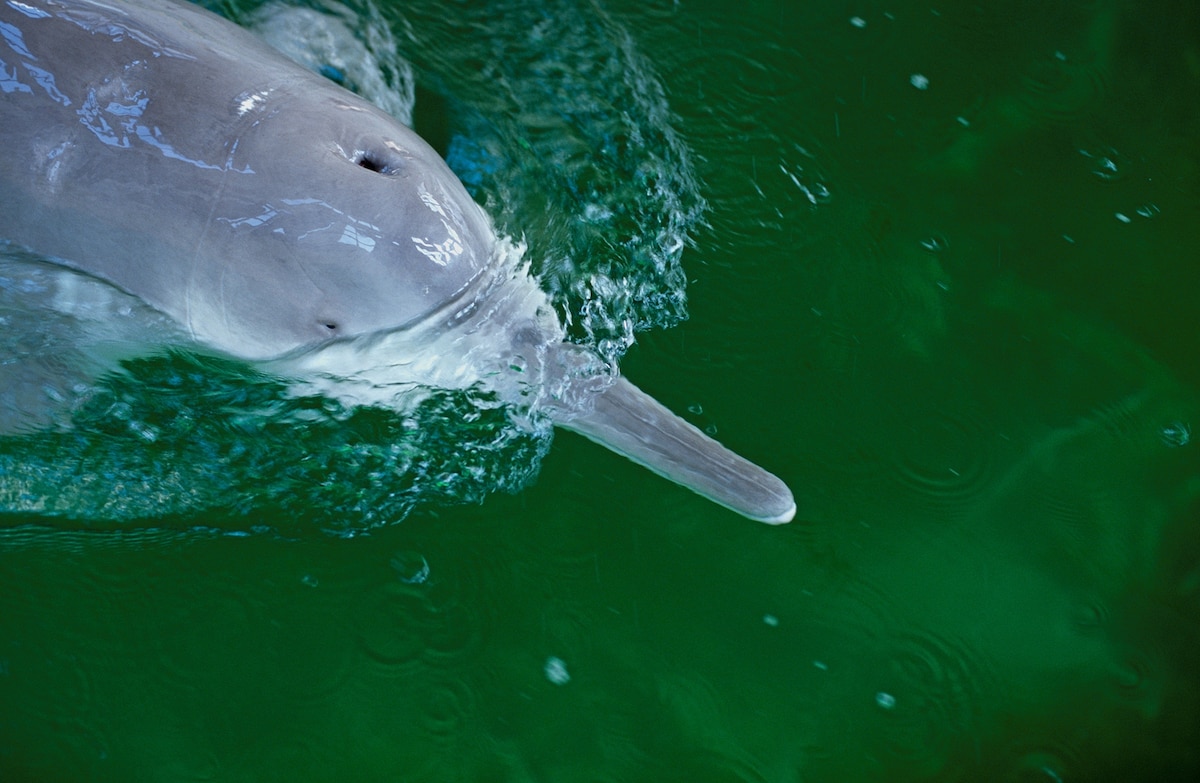 The Yangtze River dolphin or baiji (Lipotes vexillifer) was an obligate river dolphin endemic to the middle-lower Yangtze River [Changjiang] drainage and the neighbouring Qiantang River in eastern China. The baiji experienced a precipitous population decline throughout the late twentieth century: there were thought to be about 400 individuals in the population in 1980 but only 13 were counted in 1997-1999. The primary factor driving this decline was probably unsustainable by-catch in local fisheries, particularly rolling hook long-lines, together with wider-scale habitat degradation. The last verified baiji reports are of a pregnant female found stranded at Zhenjiang in November 2001, and an individual photographed in the Tongling River section in May 2002. An extensive six-week multi-vessel visual and acoustic survey in 2006 that covered the entire historical range of the baiji in the main Yangtze channel failed to find any evidence that the species survives.

Further interview surveys conducted in 27 Yangtze fishing communities from Yichang to Shanghai in 2008 also found little evidence of any surviving baiji individuals. This represents not only the first documented global extinction of a ‘megafaunal’ vertebrate for over 50 years, but also the disappearance of an entire mammal family (Lipotidae).

Although considerable protective legislation was put in place from the late 1970s onwards in China, notably laws banning harmful fishing practices and the establishment of a series of reserves in sections of the main Yangtze channel, regulations were difficult or impossible to enforce and in situ reserves proved unable to provide adequate protection for these animals. More intensive species-specific recovery strategies received considerable national and international attention, with extensive deliberation about an ex situ recovery programme that aimed to establish a translocated breeding population of baiji under semi-natural conditions at the Tian’e-Zhou oxbow lake in Hubei Province. Numerous conservation recommendations for the baiji were developed, notably in four major baiji-focused workshop reports.

The issue of how to save the baiji was also discussed in two IUCN Species Survival Commission documents, at several small-scale or more general workshops and meetings, and in many scientific publications. However, for some years there were differing opinions about the best conservation strategy to pursue (in situ vs. ex situ, including the semi-natural reserve). This, combined with the overwhelming and escalating degradation of the baiji’s habitat (the Yangtze being “Golden Waterway of China”), meant that only minimal financial or logistical support for baiji conservation ever materialised. A renewed international initiative to generate momentum and increased international support for a carefully managed semi-natural recovery programme at Tian’e-Zhou from 2004 onwards, involving development of a detailed budget and implementation plan and extensive fund-raising efforts, was unsuccessful because the species had already disappeared.

The extinction of the baiji was a national tragedy for China and an international disgrace. An earlier, more dynamic response to the species’ decline, both inside China and from the international community, might have kept some individuals alive today. Now, having lost the battle to save the baiji, the next challenge is to prevent the Yangtze River population of finless porpoises from experiencing a similar fate.

The above provides a background to the baiji and its conservation. The CSG posts news items and updates about conservation of the Yangtze finless porpoise and these can be found on our News page or at the following links: 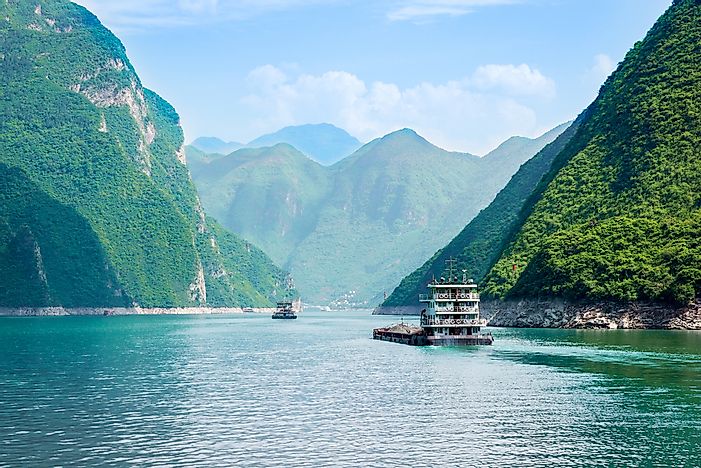 Why Are Baiji River Dolphins Extinct