John Ian Robert Russell, 13th Duke of Bedford (24 May 1917 – 25 October 2002), styled Lord Howland until 1940 and Marquess of Tavistock between 1940 and 1953, was a British peer and writer. With J. Chipperfield he founded Woburn Safari Park and was the first Duke to open to the public the family seat, Woburn Abbey, which houses a large gallery of European paintings.

Russell was the son of Hastings Russell, 12th Duke of Bedford, and his wife, Louisa. He had a very strained relationship with his father and grandfather, who during his early years refused to give him the allowance he felt would be appropriate for a future Duke; his father eventually tied up most of the Bedford fortune in trust so that he could not borrow against it.[2] 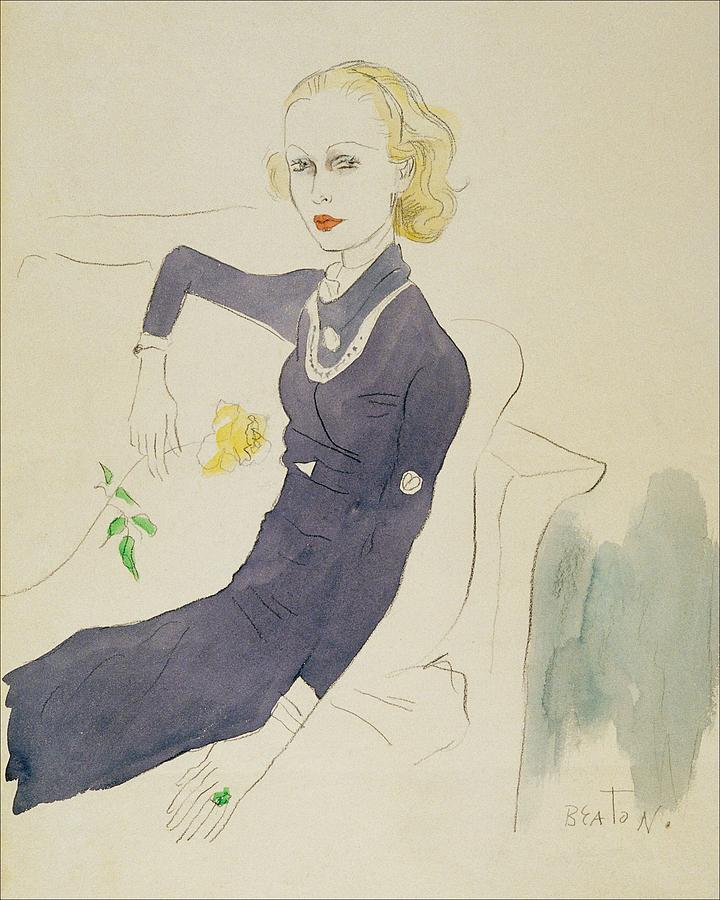 Russell started his career as a rent collector in 1938, in Stepney. He then joined the Coldstream Guards in 1939 and fought in the Second World War between 1939 and 1940, but left the army after being invalided. He then turned to journalism and became a reporter for the Daily Express in 1940. In 1948 he emigrated to South Africa where he farmed in the Paarl area before returning on succeeding to his father's estates.

When his father died in 1953, he was exposed to death duties of $14 million.[3] Instead of handing the family estates over to the National Trust, he kept ownership and opened Woburn Abbey to the public for the first time in 1955. It soon gained in popularity as other amusements were added, including Woburn Safari Park on the grounds of the Abbey in 1970. The move alienated him from many other peers.[4] Asked about the unfavourable comments by other aristocrats when he turned the family home into a safari park, the 13th Duke said, 'I do not relish the scorn of the peerage, but it is better to be looked down on than overlooked.' In his first ten years in the House of Lords, he did not speak.[3]

He published the following books:

Russell was one of the few UK owners of a brand new 1958 Edsel Citation 4 door sedan motorcar, which he purchased soon after its US launch in September 1957 and was registered 1 MMC. Its current whereabouts are unknown. In 1958, he had a radio show called The Duke Disks on Radio Luxembourg with 'Que Sera, Sera (Whatever Will Be, Will Be)' as his signature tune, which was the family motto.[5] In 1962, he appeared as himself in the British comedy film The Iron Maiden, scenes in which were filmed at Woburn.

He was named to the International Best Dressed List Hall of Fame in 1985.[6] 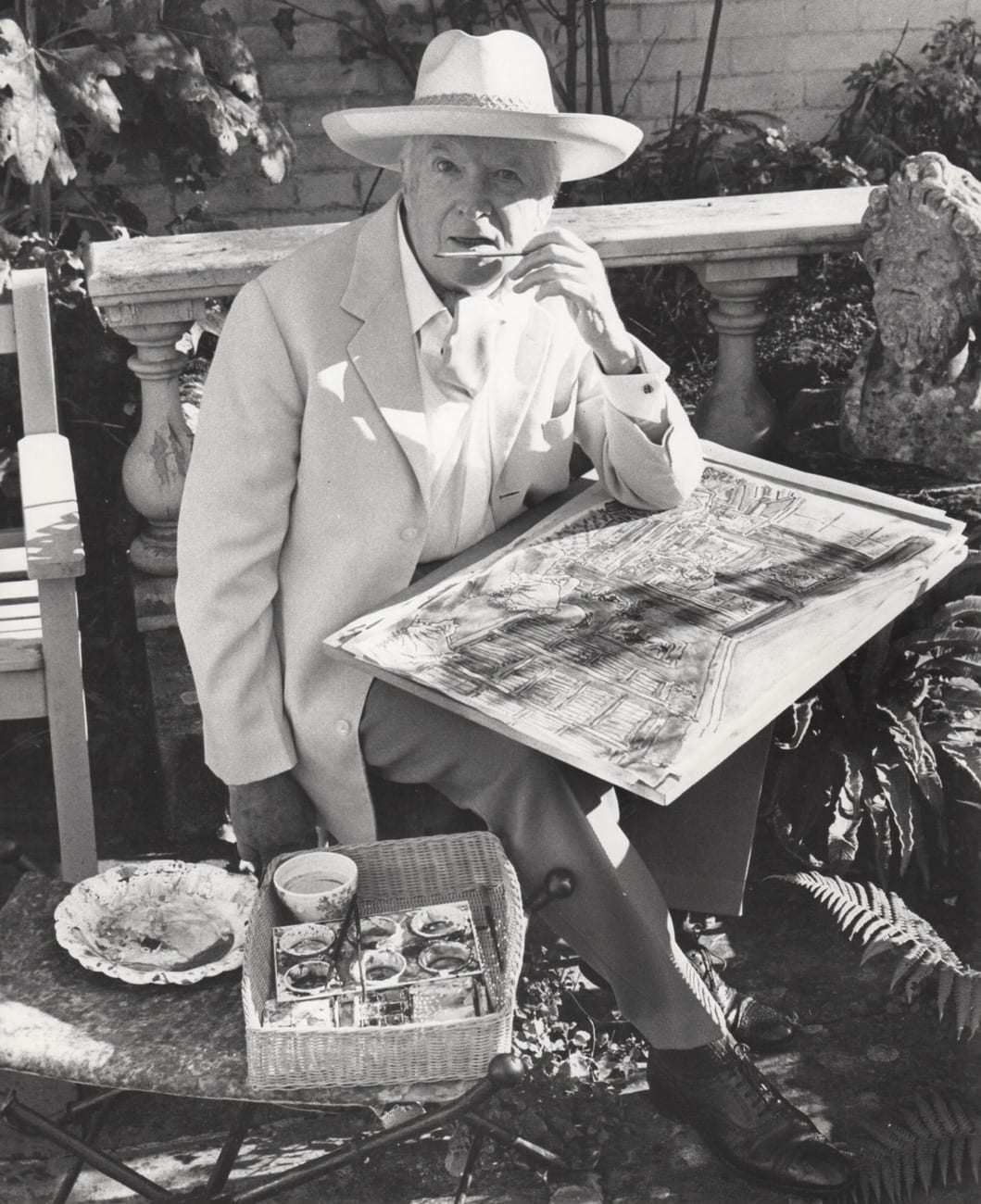 Bedford and his last duchess became tax exiles in 1974, eventually settling in Monaco. He died in Santa Fe, New Mexico, in 2002.[13]

History of Self Portraits

Curators have found few remains of self-portraits completed during Antiquity, in Ancient Greek, Egyptian or Roman art. This is partly because only a tiny number of paintings have survived, and partly due to a lack of evidence concerning the individual artists involved. Sculpture, being more durable than wall or panel paintings, has survived in greater numbers.

Early self-portraits sculpted in stone include one dating from 1365 BCE by Bak, the head sculptor of the controversial Egyptian Pharaoh Akhenaten. Bak also executed the portrait of Pharaoh Akhenaten (c.1364 BCE) and may be responsible for the bust of Nefertiti (c.1350 BCE). Records also suggest that the Ancient Greek sculptor Phidias inserted a likeness of himself in the frieze 'Battle of the Amazons' at the Parthenon in Athens. 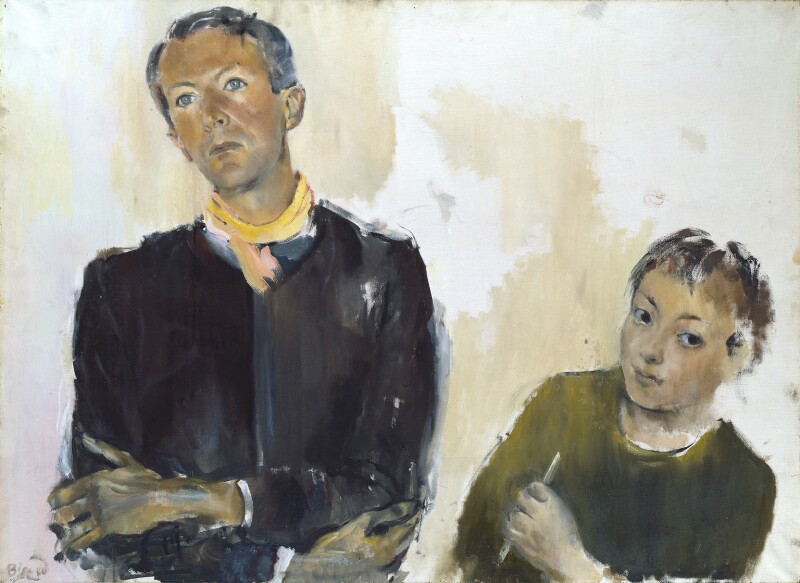 The earliest surviving self-portraits after Antiquity are believed to be those by the Flemish Northern Renaissance painter Jan Van Eyck (1390-1441) (Man in a Red Turban, 1433) and by Jean Fouquet (1420-1481) (Self-Portrait miniature, c.1450) painter to the French king. Van Eyck also painted The Arnolfini Portrait (1434), depicting a married couple. The bridegroom is supposedly modelled on himself.

During the German Renaissance, the Nuremberg painter and printmaker Albrecht Durer was also a prolific self-portraitist, completing more than twelve paintings and drawings of himself, in silverpoint, gouache, oils and woodcut. See for instance, Self Portrait with Fur Collar (1500, Alte Pinakothek, Munich).

Italian Renaissance
According to convention, Italian painters during the Renaissance tended to avoid producing formal self portraits, but frequently inserted images of themselves in their painting. The artist Masaccio appears as an apostle in his Brancacci Chapel frescoes (c.1426), while Piero della Francesca inserted himself as a soldier in the religious mural Resurrection (1463). Sandro Botticelli used an image of himself in his Adoration of the Magi (1481), while Michelangelo Buonarroti used his own face when painting St. Bartholomew in the Last Judgement fresco in the Sistine Chapel (1536-1541), and Raphael included himself among the characters of School of Athens (1510). The Venetian artist Titian is believed to have included himself as well as his son and a young cousin in his Allegory of Prudence (1565-70). Occasionally, a painter would depict a true-life group portrait in which he had a legitimate presence. For example, in the picture of The Gonzaga Court (1474) by Andrea Mantegna, the artist appears as himself. In addition, some artists - like the Florentine Gentile Bellini and Leonardo da Vinci - did execute more formal self portraits. Interestingly, the sculptor Andrea del Verrocchio took on the young Leonardo as a pupil and is belived to have used him as his model for his sculpture David (c.1470). See also: Renaissance Portraits (c.1400-1550).