Shutter actuation or shutter count are number that represent how many time your camera shutter has actuated, every time your shutter open and close when taking a picture, count a one actuation. Since camera shutter are mechanical part, it will fail to operate someday when it reach it’s maximum actuation, it will worn out just like your shoes.

You've probably heard by now that Nikon issued a service advisory offering to replace (not just clean or repair) the shutter of any D600 even with an expired warranty (except if they have previously repaired your D600). I sent mine in a couple of weeks ago because I would effectively get a new shutter for free, something that normally costs around $300 to $400 to replace, and I figured it would improve the resale value. I'd like to share my experience in case you're waiting for yours.
I sent my D600 to Nikon on February 28, 2013 (Fri). When I sent it in, they advised to remove all accessories, which I did. However I did attach a body cap to reduce risk of damage to the camera (I figured it was ok to lose it because it was just a spare). One strange thing is that when I tried to print the packing slip that I needed to send, it came out nearly totally black. I instead included a screen capture (with black text on white background). Before sending the package, I took a picture to show that there was no damage to it, just in case it came back with damage. I also packed it with plenty of bubble wrap. According to the tracking number, UPS delivered the package to Nikon's Los Angeles branch on March 3 (Mon).
I hadn't heard from Nikon so I gave them a call on March 6. I was on hold for a while because many other people have been calling them about this. I finally was able to speak to a representative who sounded friendly (not stressed out from the many calls).
I gave the representative my camera's serial number but the representative couldn't find my camera on the system. He did find my customer record (I had gotten my D3's sensor cleaned a couple of years ago) but the system didn't show the D600. He explained that Nikon's west coast branch is backlogged while east coast is keeping up with the shutter service. He said I would probably get notified next week from then, and then I would get the camera around 8 to 10 days after notification, unless they ran out of parts in which case it could take longer. He then sent me an email to confirm the conversation.
As of Monday March 10, I hadn't gotten notification (oh well) but on March 12 I got a notice from UPS that I would be receiving a package from Nikon. Please note the notice came from UPS, not Nikon. I had signed up for UPS MyChoice which gives me notice of UPS packages. Anyway I received the package yesterday March 13 (note that I live in Los Angeles, the same as Nikon's west coast branch). After I received the camera, I got a notice from Nikon acknowledging that they had received the camera. It included a service order number that would allow me track the repair. The acknowledgment had Nikon Los Angeles' address however, it was sent from Nikon New York (zip code 11747). The notice was dated March 8, and was postmarked March 11. I received the notice March 14.
Notes from the packing slip:
The packing slip was dated 3/11/2014 and the time was: 23:02:36.
'Service Repair Rank B2': I don't know whether this means that other types of repair are higher rank, or some customers (e.g. NPS pros) have higher priority.
The listed repairs were:
RPL SHUTTER MECHANISM
RELATED PARTS
CKD AUTO FOCUS OPERATION
CKD BAYONET MOUNT
CKD EXPOSURE
CLN IMAGE SENSOR
GENERAL CHECK & CLEAN
It appears that instead of doing just a minimal job, Nikon did a sensor cleaning and general checkup as well. Pretty good considering my camera was over a year old and was out of warranty. Awesome!
BTW Nikon also returned my body cap (the exact same body cap I sent).
Results
I checked the shutter count using myshuttercount.com and instead of being reset to 0, it had not changed. I thought this was strange.


I also used Lightroom's visualize spots feature to show the remaining spots at f/45:
The sensor is much cleaner, but Nikon did not remove all the spots, which are slightly visible even at f/11. By comparison, this is what the RX1 sensor looks like (the RX1, as you recall, is a fixed lens full frame camera with a similar sensor to the D600): 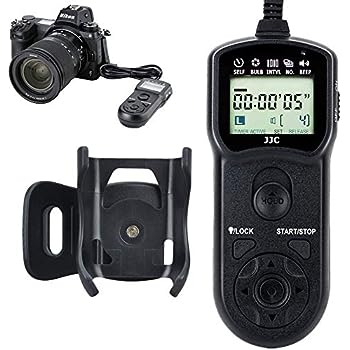 As I mentioned in my previous post, I decided I would sell my D600, in order to use a camera that would be more inconspicuous. So, no, I don't plan to do hundreds of shots just to test if the dust no longer accumulates. I am still deciding whether to send my D600 back to have Nikon remove the spots.