Both the Poser and Daz Studio are heavily figure-oriented software. Meaning, that figures play a huge role in using the programs. And here is where Genesis technology comes into play. As was said earlier, Daz was making figures for the Poser at the beginning. The Daz Studio 3Delight renderer is nice and fast. In addition, if we want to use an unbiased renderer later on, to produce more realistic looking results, there are plugins for those in Daz Studio. The Daz Studio interface is smooth and easy to learn. I am able to navigate my scenes well, even with more complex background scenes and elements.

This article compares Poser vs Daz 3d, two similar computer graphics programs. We will explain all kind of features and the pricing of Daz Studio vs Poser.

So you are interested in 3D design? Maybe you want to make some posters, videos or any other form of art. But you are overwhelmed with all of the different software available. You don’t know what to choose, which would be better? Or are you a veteran that is interested in alternatives and want to know more about them?

Exactly for you we created this article. Here we will compare Daz Studio vs Poser. Programs that are quite popular and have really similar functions and tools. Basically alternatives to one another.

They are not just some kind of rival companies. Daz3D and Poser have a history behind them. Poser is a really old tool, initial release dating back to 1995. When there even was no such thing as Daz3D. After the creation of Daz3D, its main task was providing Poser with content. Furthermore, they were creating the figures that came bundled with Poser.

But after some time Daz3D became big and experienced enough, so they decided to form their own scene creator software that will compete with the Poser. They wanted to create something better, as at the moment Poser was a monopoly and because of that it was staying in place without big improvements.

First thing that a user sees after opening any software is its interface. And from that point up to the closing you need to use this interface and deal with it. Which interface is better then?

Frankly, none is better. I am sure there are people that can enjoy both. Especially as they are so similar. My guess would be that as Daz3D worked a lot in the Poser, when they decided to create their own software, they made an interface similar to that. That is why changing between these two programs should not be a problem.

Main similarities can be seen in how everything is organized. Both programs are made out of “windows”. Meaning that almost any part of the interface can be relocated, resized, deleted or opened again. So you can customize everything yourself and create your own templates.

Let’s go into a more detailed view. So this is how default Daz Studio interface looks like:

At the middle of the screen is a viewport, where you see your scene and move around it. Above is a toolbar and top bar with dropdown lists. Large left windows is one of the main windows, as there is usually everything related to your content or some important settings. Top right is “Scene” windows where everything from the scene is shown. Below that is everything to change the parameters of a selected object, such as size or textures. And at the very bottom we have an animation timeline.

But, as was said, everything can be changed according to your tastes. Especially as there are some alternate layouts and styles built-in to the program, that can be applied in few clicks:

At the first glance Poser looks really different from the Daz Studio:

But at the closer look you would notice the similarities a lot. So at the middle is, of course, a viewport. On the far right there is a content library and to the left is the main parameters window. Also there are other familiar things like a toolbar, camera controls and a timeline.

Though we have some differences too, let’s pay attention to them. At the left there are “Light Controls”, that allow you to change preview lighting of the scene in a really comfortable way. Also at the bottom we have “UI dots”. This is basically interface templates. So you can change the interface however you like, create a dot there and change to that template at any time.

Another interesting thing is that Poser has tabs at the top, that are called “rooms”. These rooms are a presets of the interface layouts that should be comfortable for different tasks, for example fitting clothes:

This is really similar to Blender, as it also has similar presets of layouts. By the way, we also have a Daz3d vs Blender Comparison article, if you are interested in that.

Both the Poser and Daz Studio are heavily figure-oriented software. Meaning, that figures play a huge role in using the programs. And here is where Genesis technology comes into play.
As was said earlier, Daz was making figures for the Poser at the beginning. So they are good at that. That is why they decided to create the Genesis technology. It is a character engine that allows users to use any characters out of the selection of hundreds figures. Besides, you can change and refine said figures to your liking.

At first, Genesis technology was available both for Poser and Daz Studio. But the newest two generations are not available to use in Poser. You can read about these generations if you want to understand why they are so good in our articles Daz3d Genesis 3 and Daz3d Genesis 8.

Below you can see a comparison of female figures for Poser and Daz Studio. Both figures were just found on the main respective shop pages:

The Poser character is really good looking. But you can just see how Genesis 8 technologies make Daz Studios Angharad simply more realistic. The detail and reflectiveness of the skin and hair, eyes and eyelashes ect.

Any popular software should have a live and active community formed around itself. That is the case here too.

Poser was tremendously popular some time ago. Mainly because there just were not any alternatives. So if someone wanted to create and render easy scenes – Poser was the only choice.

That is why it is possible to find really a lot of content associated with Poser. You can find a number of discussions on the Poser – OFFICIAL Forum. Problem is that a big part of this content is dating back to the times, when Poser was a monopoly. And nowadays it is becoming less popular, meaning that less people are generating content for the community.

On the other hand, Daz Studio has a different story. It was not as popular at the beginning and it is not on the market for that long. That is why there is less content. Though, there is a lot more new content. That is to say, right now people are making discussions on Forums, sharing their works on Gallery or taking part in Contests a lot.

The Daz Studio community is at its peak right now. For example, you can even find discussions about the Poser on the Daz3d Forums.

Obviously if your software provides the ability to use other people’s work as presets and assets, then you need a place for people to buy and sell all this stuff.

The Poser situation with the marketplace is a bit strange. You see, there should be an enormous collection of different assets for the Poser, because of how old it is and how popular it was. But I could not find a comfortable way to find all this content. There is a shop button on the main Poser website, but there is not as much content there:

On the other side, Daz 3D’s marketplace has everything in one place. And there are tens of thousands of assets available there right now.

It is a comfortable site with a lot of ways to find the things you want by using filters, sorting or search function. And it is even possible to find content that can be used not only in the Daz Studio. Though, most of the items here are indeed made with the Daz Studio in mind.

There are a number of most different vendors here that provide diverse content. Some vendors are really constant providers that have hundreds of items. And there are even Daz themself as a vendor. They provide a lot of awesome content regularly.

Pricing model is really where the Poser comes as a worse choice. It is a no brainer, as Daz3D is fully free, while Poser costs 200$. It would be okay, if Poser was shipped with some additional content. Maybe included some high-quality figures, wardrobes or scenes. But no, two programs have a really similar initial content packs. Worth mentioning that Poser proposes a free trial if you want to test it out before buying.

If you plan to use any of the two seriously, you will need to buy more items and assets. And the prices are really similar. For example, Pro Bundle for a figure in the Poser costs 148$, and a similar Pro Bundle for the Genesis 8 figure is 135$. In Poser case you need to add that to the initial 200$. And the difference becomes obvious.

Maybe if Poser provided some additional licensing, its price would worth it. But in fact, if you want to use your work for games or any other form of interactive media, you will need an “interactive license”. This license has to be bought separately in the case of both programs.

If you want to receive something worthy for your money – Daz3D proposes to join their Platinum Club+. It is a paid membership that provides its members with additional sales, coupons, freebies and more, for only 70$ annually.

Another case, where Poser just loses. While Daz Studio does not have the best render engine or rendering times but Iray engine is really good for what it is worth.

Poser renderer is simply outdated by today’s standards and takes some unbelievable times to render. Furthermore, Daz Studio gives the ability to render an entire scene together seamlessly.

Animation in Poser vs Daz

Animating using these softwares is quite comfortable and good. This is a case for both of them. Everything is pretty default.

Pose and morph your character, create a keyframe, then do this again and again until you have an animation. The one important thing worth mentioning, is that Daz3D has a paid add-on tool “AniMate2”. This tool expands the animation possibilities and improves the default timeline window by a lot.

Up to this point we talked about stuff that both have and compared them. But what about some unique stuff? Additional features that improve users quality of life and experience? Let’s look at that more. 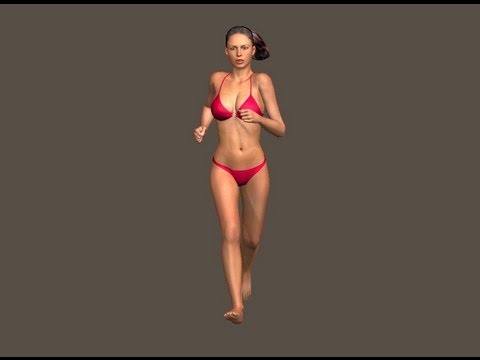 So which of the two is better in the end? Well, none of them are truly better. Even though Poser and Daz Studio seem like really similar software with similar features and purposes but this is not fully true.

It may seem from the article that Daz Studio is leading. It is really better for creating art using ready-made assets and presets. There are a relatively large following around this program and a lot of vendor products for it. There are advantages, such as surface scattering, collision detection, subdivision surfaces and others.

I can’t say that Daz Studio is better simply because Poser has advantages in other branches. For example, it would work better for you if you want to build things from scratch for your use. It has a lot more functions that allow that. So it could be better in work-related situations.