Eclipse CDT actively works with your CMakeLists.txt file to build your project. You can add or remove source files and make other changes in your CMakeLists.txt, and the cmake4eclipse plugin applies those changes to the Eclipse CDT project at every build. You will have a nice IDE experience while keeping your CMake project current. 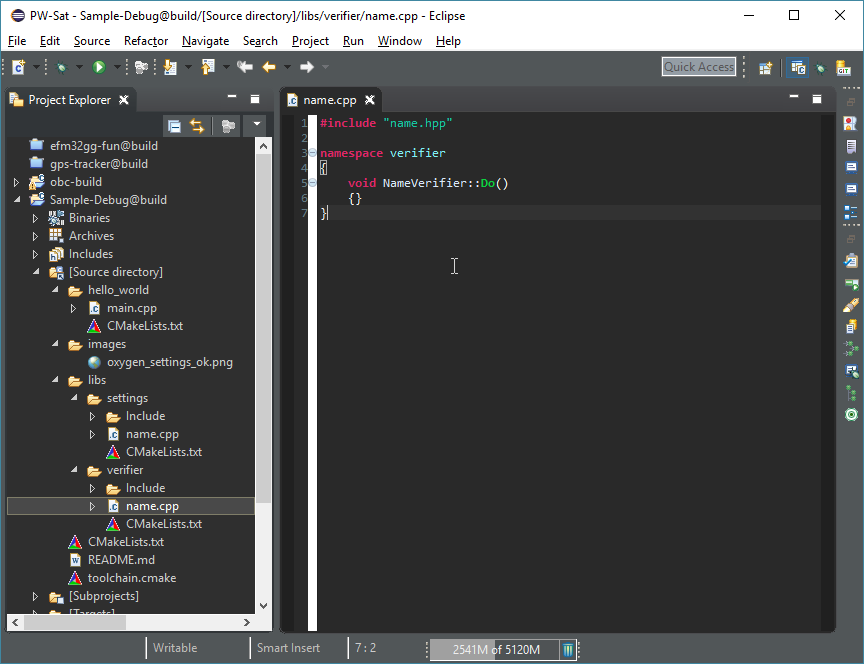 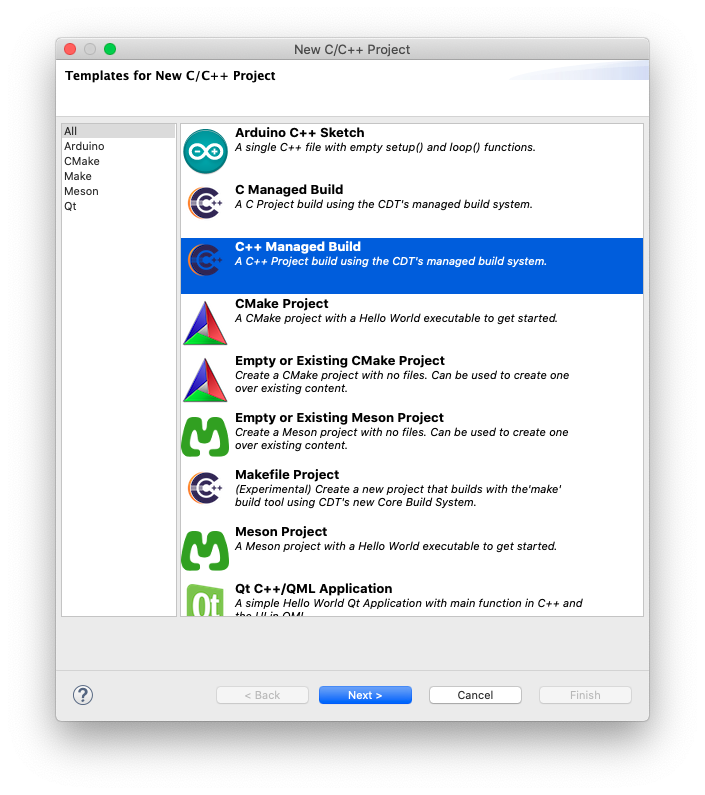 I’m not sure if this is just a shortcoming of Eclipse or not.

I have a large source tree and also a CMake project that uses a small fraction of the source files in that tree. When I generate for Eclipse CDT4 and import the project, the Eclipse indexer is clearly indexing files that aren’t referenced in the CMake project. Is there a way to control this with CMake? I would have expected Eclipse to only index the specific project files. There is an Eclipse workspace setting:
Properties->c/c++ general->Indexer->“Index source files not included in the build” which I have disabled, but it still indexes sources not included in the CMake project.