This document has detailed instructions on how to build gRPC C++ from source. Note that it only covers the build of gRPC itself and is mostly meant for gRPC C++ contributors and/or power users. Other should follow the user instructions. See the How to use instructions for guidance on how to add gRPC as a dependency to a C++ application (there are several ways and system wide installation is often not the best choice).

If you plan to build using CMake

If you are a contributor and plan to build and run tests, install the following as well:

On a Mac, you will first need to install Xcode or Command Line Tools for Xcode and then run the following command from a terminal:

To build gRPC from source, you may need to install the following packages from Homebrew:

If you plan to build using CMake, follow the instructions from https://cmake.org/download/

Tip: when building, you may want to explicitly set the LIBTOOL and LIBTOOLIZE environment variables when running make to ensure the version installed by brew is being used:

NOTE: The bazel build tool uses a different model for dependencies. You only need to worry about downloading submodules if you're building with something else than bazel (e.g. cmake).

In the C++ world, there's no “standard” build system that would work for in all supported use cases and on all supported platforms. Therefore, gRPC supports several major build systems, which should satisfy most users. Depending on your needs we recommend building using bazel or cmake.

Bazel is the primary build system for gRPC C++ and if you're comfortable with using bazel, we can certainly recommend it. Using bazel will give you the best developer experience as well as faster and cleaner builds.

You'll need bazel version 1.0.0 or higher to build gRPC. See Installing Bazel for instructions how to install bazel on your system. We support building with bazel on Linux, MacOS and Windows.

From the grpc repository root

NOTE: If you are gRPC maintainer and you have access to our test cluster, you should use the our gRPC's Remote Execution environment to get significant improvement to the build and test speed (and a bunch of other very useful features).

Run from grpc directory after cloning the repo with --recursive or updating submodules.

If you want to build shared libraries (.so files), run cmake with -DBUILD_SHARED_LIBS=ON.

When using the “Visual Studio” generator, cmake will generate a solution (grpc.sln) that contains a VS project for every target defined in CMakeLists.txt (+ few extra convenience projects added automatically by cmake). After opening the solution with Visual Studio you will be able to browse and build the code.

Using gRPC C++ as a DLL is not recommended, but you can still enable it by running cmake with -DBUILD_SHARED_LIBS=ON. 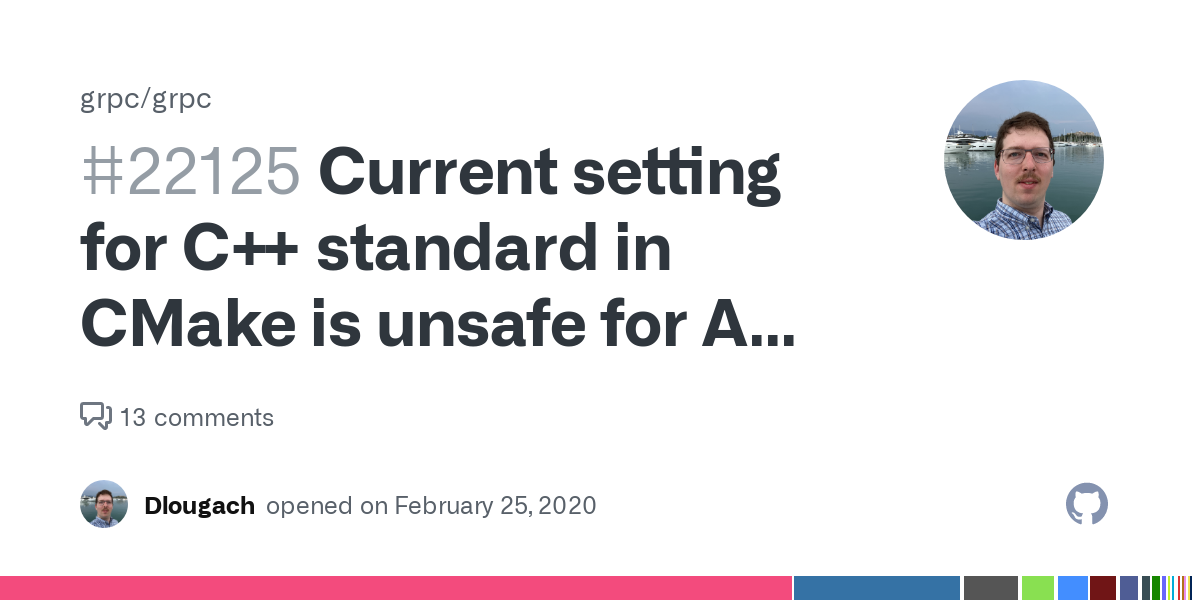 Please note that when using Ninja, you will still need Visual C++ (part of Visual Studio) installed to be able to compile the C/C++ sources.

Using gRPC C++ as a DLL is not recommended, but you can still enable it by running cmake with -DBUILD_SHARED_LIBS=ON.

Windows DLL build is supported at a “best effort” basis and we don‘t recommend using gRPC C++ as a DLL as there are some known drawbacks around how C++ DLLs work on Windows. For example, there is no stable C++ ABI and you can’t safely allocate memory in one DLL, and free it in another etc.

That said, we don't actively prohibit building DLLs on windows (it can be enabled in cmake with -DBUILD_SHARED_LIBS=ON), and are free to use the DLL builds at your own risk.

gRPC's CMake build system has two options for handling dependencies. CMake can build the dependencies for you, or it can search for libraries that are already installed on your system and use them to build gRPC.

This behavior is controlled by the gRPC_<depname>_PROVIDER CMake variables, e.g. gRPC_CARES_PROVIDER. The options that these variables take are as follows:

The install destination is controlled by the CMAKE_INSTALL_PREFIX variable.

If you are running CMake v3.13 or newer you can build gRPC's dependencies in “module” mode and install them alongside gRPC in a single step. Example

If you are building gRPC < 1.27 or if you are using CMake < 3.13 you will need to select “package” mode (rather than “module” mode) for the dependencies. This means you will need to have external copies of these libraries available on your system. This example shows how to install dependencies with cmake before proceeding to installing gRPC itself.

You can use CMake to cross-compile gRPC for another architecture. In order to do so, you will first need to build protoc and grpc_cpp_plugin for the host architecture. These tools are used during the build of gRPC, so we need copies of executables that can be run natively.

You will likely need to install the toolchain for the platform you are targeting for your cross-compile. Once you have done so, you can write a toolchain file to tell CMake where to find the compilers and system tools that will be used for this build.

This toolchain file is specified to CMake by setting the CMAKE_TOOLCHAIN_FILE variable.

Best efforts are made to bump the SONAME revision during ABI breaches. While a change in the SONAME clearly indicates an ABI incompatibility, no hard guarantees can be made about any sort of ABI stability across the same SONAME version.

NOTE: make used to be gRPC‘s default build system, but we’re no longer recommending it. You should use bazel or cmake instead. The Makefile is only intended for internal usage and is not meant for public consumption.

From the grpc repository root

NOTE: if you get an error on linux such as ‘aclocal-1.15: command not found’, which can happen if you ran ‘make’ before installing the pre-reqs, try the following:

A note on protoc 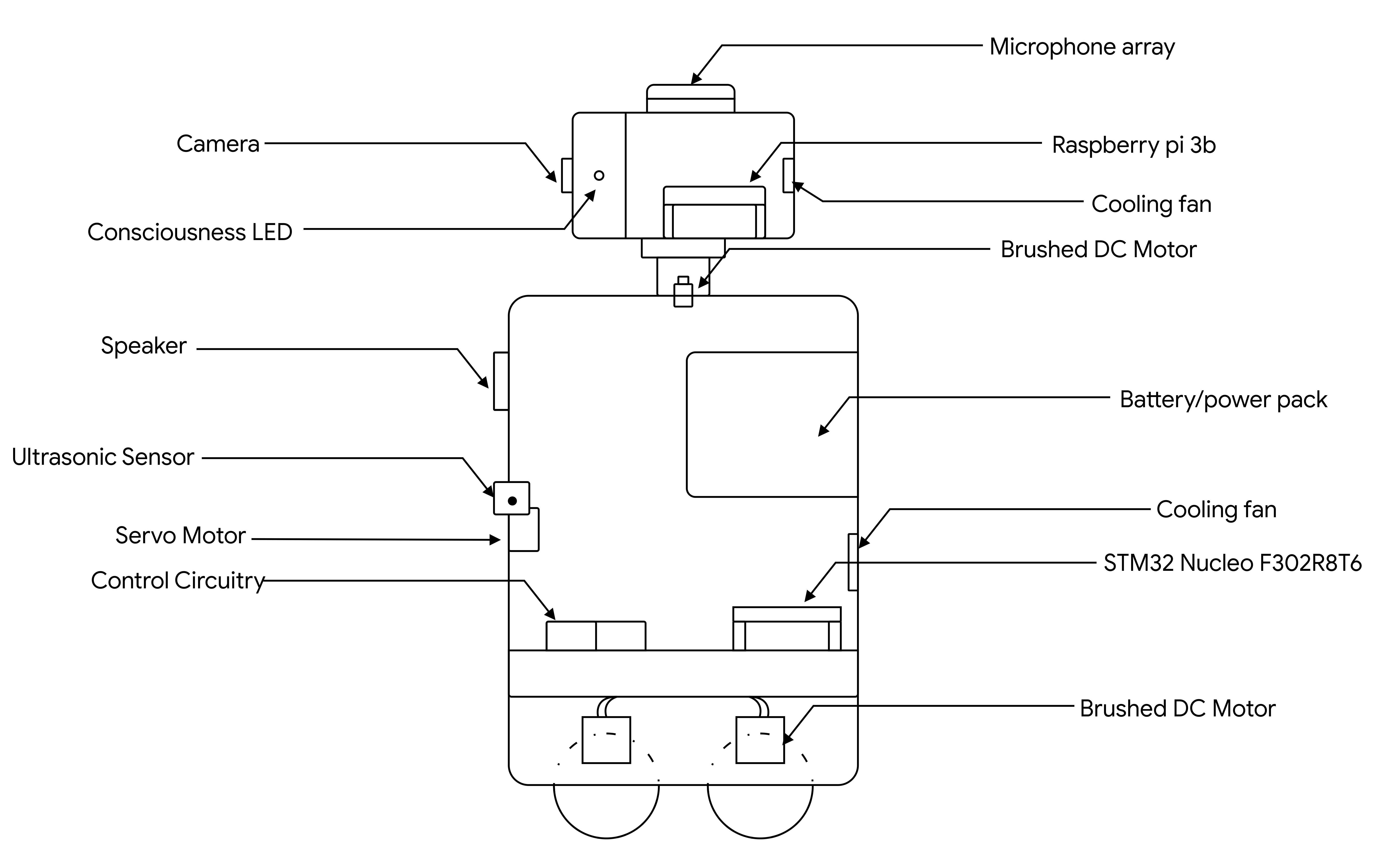 By default gRPC uses protocol buffers, you will need the protoc compiler to generate stub server and client code.

If you compile gRPC from source, as described below, the Makefile will automatically try compiling the protoc in third_party if you cloned the repository recursively and it detects that you do not already have ‘protoc’ compiler installed.