Sometimes, it is difficult for people to express themselves in the form of long essays and paragraphs. Teachers teaching small children also find it difficult to teach without the use of pictures. Not everyone is artistic and can draw well. For these people, website developers have introduced the concept of drawing comics online. People find it easier to say what they want to say using funny illustrations, and teachers tend to explain if they have pictures to go along with their lectures. Listed below are some of the online comics making websites:

1. Make Beliefs Comix
It is one of the most famous comic making websites. The website consists of a large database of characters and templates to choose from and is completely user friendly. The only disadvantage is that you cannot change the color of the characters but you can change the backgrounds.

The colorful characters and sceneries just need to be dragged and dropped on the required position and appealing comics are born regardless of any artistic streak.

ToonDoo may contain a limited number of characters and templates but it provides you a platform to unleash your own creativity. You can create your own fictional characters, draw your own backgrounds and manipulate your own pictures to create a comic.

4. Strip Generator
Strip Generator, unlike the above ones, does not provide the opportunity to flaunt your own style. But, the large collection of templates is easy to use and creating the comics becomes a simple process.

5. Chogger
Chogger is available for free. With Chogger, you can use the pre-existing editing tools or create your own images to work with. You can also use your Webcam to insert your own pictures into the comic for giving them a more personalized look.

6. Marvel
The name says it all. Marvel is one of the most popular comic publishers to exist till today. Their website allows you to use the scenes and characters from Marvel comics to create your stories. Overall, the online resource can be used without any difficultly.

7. Witty Comics
Witty comics fall in the category of educational comics. The comics are simple usually consisting of two characters having a conversation. These comics can be used to learn and understand new languages.

8. Write Comics
Write Comics is yet another online tool that uses simple graphics. You can select a background from the ones available, select a character and simple drag and drop a speech bubble and write whatever you wish to write.

9. Comix I/O
Comix I/O is called a “Chrome Experiment”. The website doesn’t have much to offer and the comic strips only consists of stick figures and text showing what the stick figure is trying to say with a line connecting both. Garfield Comic Creator uses characters and backgrounds from the famous Garfield series. You can use these features and create your own Garfield stories to share.

11. BeFunky
BeFunky is basically a photo editor that lets you edit and add effects and accessorize (like adding jewelry, stamps etc.) to your photos. In the end, there’s an option to add quotes and texts to the images.

12. BitStrips
BitStrips became famous after people started using it on Facebook. It allows you to create a cartoon version of yourself by editing your skin tone, hair color, clothes etc. and then express yourself using the websites templates.

13. Toonlet
Toonlet gives you a chance to create a character and customize its physical appearances. Unlike other comic strips, this website shows one face per frame and allows you to create comics using different expressions.

14. Cartoonize My Pet
Turn your furry friend in to a cartoon and give it its own personal avatar. Not only can you dress up and make your animal look pretty but also you can also order those pictures to be printed on a shirt, keychain or a phone cover.

15. Comic Creator
Comic Creator is not overall a well-designed website and therefore, it is pretty uncommon among users; you select the number of panels required, select a character, choose a speech bubble and insert a prop. All the characters are black and white.

16. Strip Creator
It allows you make a comic consisting of maximum three panels and two characters. You can choose the category of the character and then the type of character you want, add the background and insert dialogues. 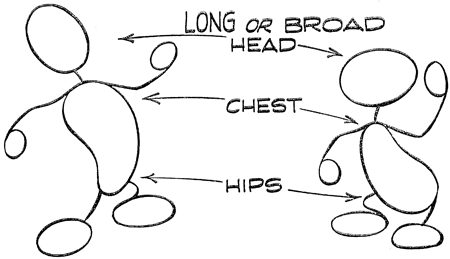 This website allows you to make cartoons with using 1,2 and 4 frames. Again, you can use two characters; you can choose from their facial expressions, a few hairstyles, clothes and the shape of the face.

18. LOL Builder
LOL builder is an online meme creator. It has commonly used facial expressions that can be seen on social websites like Facebook and Twitter. Along with this, you can also draw your own meme and import pictures from other websites.

19. Super Action Comic Maker
This comic maker allows you make comics using a superhero, you can choose between 6 characters and 6 backgrounds set in a total of 6 frames. For people who don’t want anything fancy, this website is the place to go to!

20. Comic Strip Maker
Introduced by the British Council for kids, the comic maker consists of a large variety of cute characters and colorful and interactive backgrounds as well as inanimate objects. The website also contains a set of rules for the teachers and parents to follow.

This concludes a brief analysis of 20 of the many online comic making tools available free of cost. Even a brief note can bring out the smile on a person’s face if it is dotted with funny and cute pictures. These tools unlock the world of imagination and push people to think outside the book.