© getty Gianni Versace and Allegra in 1991. (Photo via Getty Images)

Anywhere she goes, she is Versace. Even though she isn’t, really. Even though she cultivates none of the fame or the celebrity or the drama that the brand and the family is typically associated with.

Allegra Versace, the heiress to the Versace ‘throne’, is a figure wrapped in mystery. She avoids the spotlight with quiet determination and, if she weren’t born into one of the most powerful families in fashion, her life would be arguably much happier. It would, if nothing else, be her own.

The 31-year-old is the daughter of Paul Beck and Donatella Versace – the tan, blonde charismatic figure currently Vice President of the fashion house. But Allegra, who was born in Milan, is also the niece of the company’s founding designer Gianni Versace. She was 11 when her uncle was murdered and, as Gianni’s favourite, she became heiress to his empire.

“Above all, I wanted one thing – to be no one, to not be recognised, not be hunted down,” Allegra told La Repubblica in 2011. Today, her net worth is estimated to be US$800 million, The Richest reports.

Allegra was two days old when she attended her first fashion show. But, as she grew up within one of the world’s most prestigious fashion powerhouses, the bright lights and the fabrics and the glamour did little to excite her.

“My mum dressed me in silk to go to elementary school,” she told Harper’s Bazaar in 2007. “In kindergarten, they sent me home because I couldn’t do finger painting in my dress.”

Instead of fashion, Allegra spent her childhood learning history and drama. She was given her first piano by Elton John who she called ‘Uncle’, The Guardian reports, and she spent nine years studying ballet.

Always, Allegra was devoted to her uncle Gianni. She acted as peacekeeper between he and her mother, who were frequently at odds.

'I like to talk to Allegra,' Gianni told Vanity Fair in 1996 when the girl was just 10. 'Allegra tells me the truth about Donatella. She'll say, 'Gianni, don't worry, she's always a little bit exaggerated'.'

Donatella approved of the connection, once telling New York Magazine 'my children were his children'.

'He was always with Allegra. Since she was nine years old only, she would listen to him, they went to see museums, she knew all the museums in America, in France, in England, and Gianni loved art. She would sit with him and go through art books, and she knew the art of Picasso ... it was adorable. She was such an amazing, special little girl.'

It was tragic, the way Allegra and her little brother Daniel, now 29, learnt of Gianni's death in 1997.

The pair were seated in front of the television watching cartoons, the way any two children might, when a news flash interrupted their reverie. They recognised the house on the screen; it was their uncle's house in Miami in the US. A place they'd spent countless summers visiting. The news reader told them their uncle Gianni had been shot dead on his doorstep by a serial killer.

'For years I lived in the dark,' she told La Repubblica. 'I remembered little of my life before that terrible day. I even forgot what he looked like, and everything I felt about him. Then little by little the memories came back.'

Suddenly, Allegra was the heiress to a 50 per cent share in a $500 million business that would enter her name as soon as she turned 18. 'Why did Uncle Gianni choose me?' she asked her mother when the will was read, The Age reports.

At only 11, Allegra felt guilty she wasn't with her uncle when he died and bewildered at the responsibility he'd placed at her feet.

At 18, in June 2004, Allegra inherited her uncle's share of the Versace empire. It made her the largest stakeholder in the business, with her uncle Santo owning 30 per cent and her mother Donatella owning 20 per cent. 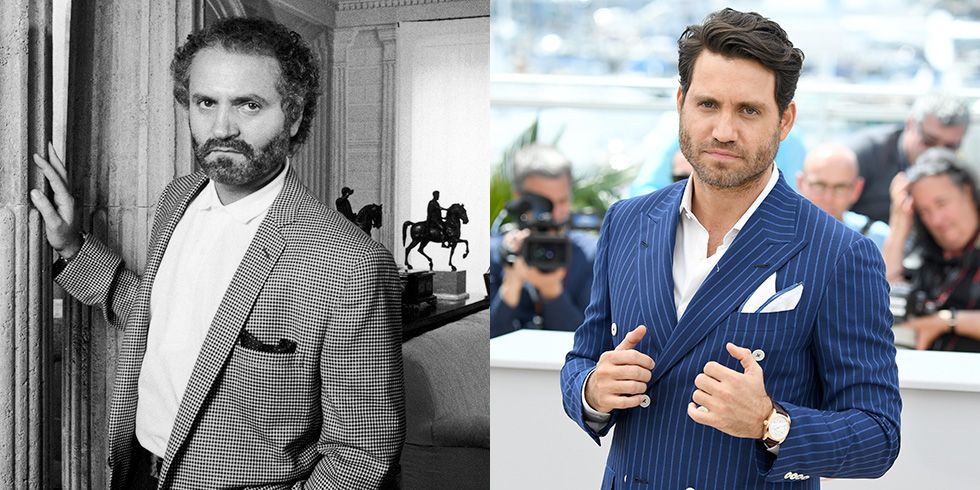 She wanted nothing to do with it.

Allegra's first move as the most powerful person under the Versace banner was to ask for more time. She wanted a few years of 'freedom', according to Donatella who spoke to The Guardian, as she wished to finish her university studies.

With Donatella running the fashion house instead, Allegra moved to America at age 20 to study French, art history, and theatre.

'I studied theatre and it pleased me greatly to play parts in little independent films that no one went to see,' she told La Repubblica in 2011. 'Still, anywhere I went, I was Versace. I couldn’t escape, and it did me harm.'

She continued earning her own money, trying work as a backstage dresser in New York broadway shows and on designer runways. 'I prefer the anonymity,' she said.

Still, she could not escape her own history.

Though she frequently opted to use her father's name 'Beck', instead of 'Versace', it wouldn't be long before the paparazzi would again be lurking around street corners. Photographing her exercising in the park. Following her to work and rendering her 'anonymity' impossible.

In 2007, one year after she started college in America, Allegra's mother and father released this telling statement, the Daily Mail reports.

'Our daughter, Allegra, has been battling anorexia, a very serious disease, for many years. She is receiving the best medical care possible to help overcome this illness and is responding well.'

Since then, she has been rarely seen or heard from. In 2016, attending the Met Gala with Donatella, she told reporters: 'Unlike my mother, I hate celebrity'.

© getty Allegra Beck and Donatella Versace attend the Costume Institute Gala for the 'PUNK: Chaos to Couture' exhibition at the Metropolitan Museum of Art on May 6, 2013 in New York City. (Photo via Getty Images)

Allegra's battle with her health is ongoing and she typically stays away from Versace headquarters, despite being the company's official director.

'If Allegra sees her own photos or sees herself on TV, she loses her mind. She’s got body dysmorphic disorder,' a former employee of the fashion brand’s Milan headquarters told News Corp.

'They say she has a job working with the company, but she’s not really running anything at Versace.'

Today, the family is back in the news with the release of the FX television series The Assassination of Gianni Versace: American Crime Story.

The Art Of Being You Gianni Versace Cast

The family has released a statement saying they did not authorise, or have any involvement, in the show's creation, News Corp reports. But, most poignantly, Donatella forbade the show's director Ryan Murphy to cast her daughter in the series.

'Ryan shot a scene with Allegra,' a source told Page Six in December. 'But he respected Donatella’s wishes and took it out. Donatella did not want her daughter portrayed in the show.'

The Murder Of Gianni Versace

We know so little about Allegra Versace, someone who's life was changed forever when her uncle Gianni was returning home from a beach walk to find killer Andrew Cunanan one July morning in 1997.

She got lost in the darkness following the murder of her uncle - someone she calls a 'genius' - and, despite her enviable status within a family of immense power and wealth, you can't help wondering: She'd prefer to be someone, anyone, else.

Pictures: The world's most famous heirs