But times have changed apparently. The SSIS team caught up with the rest of the BI tools: SSIS projects are now available from the Visual Studio market place.

Why is this important? In VS 2017, SSAS and SSRS were already available as extensions, but when you wanted to use SSIS you had to install the full-blown SQL Server Data Tools (which you can install as a shell or into an existing Visual Studio installation). However, to be able to install SSDT, you had to uninstall the SSAS/SSRS extensions. Ugh. Those days are now over. The extensions are also easier to update than SSDT.

If you’re wondering how you can install the database part of SSDT, these are available as a “workload” during installation:

The SSIS extension is still in preview. Clicking on it in the “Manage Extensions” window will make you download a .exe file of about 400MB. This will install SSIS into Visual Studio.

When the installation is finished, you can connect to your repository or open existing projects. You can now upgrade your SSIS projects to SQL Server 2019 (compatibility still goes back to 2012):

Again, keep in mind it’s currently still in preview. Don’t put this baby in production yet. 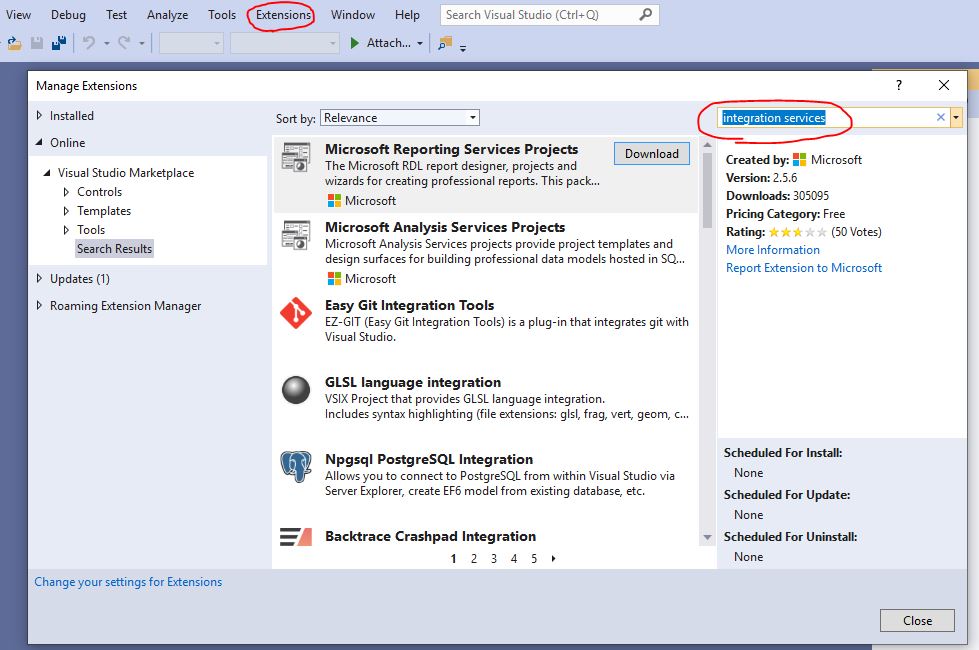 All in all, I have to say this was the smoothest install of the Microsoft BI tools in a very long time. Did everything work directly? I had to rebuild a script component, because first it gave me this error:

Cannot communicate with the debug host process. The IDtsHost interface is not registered. 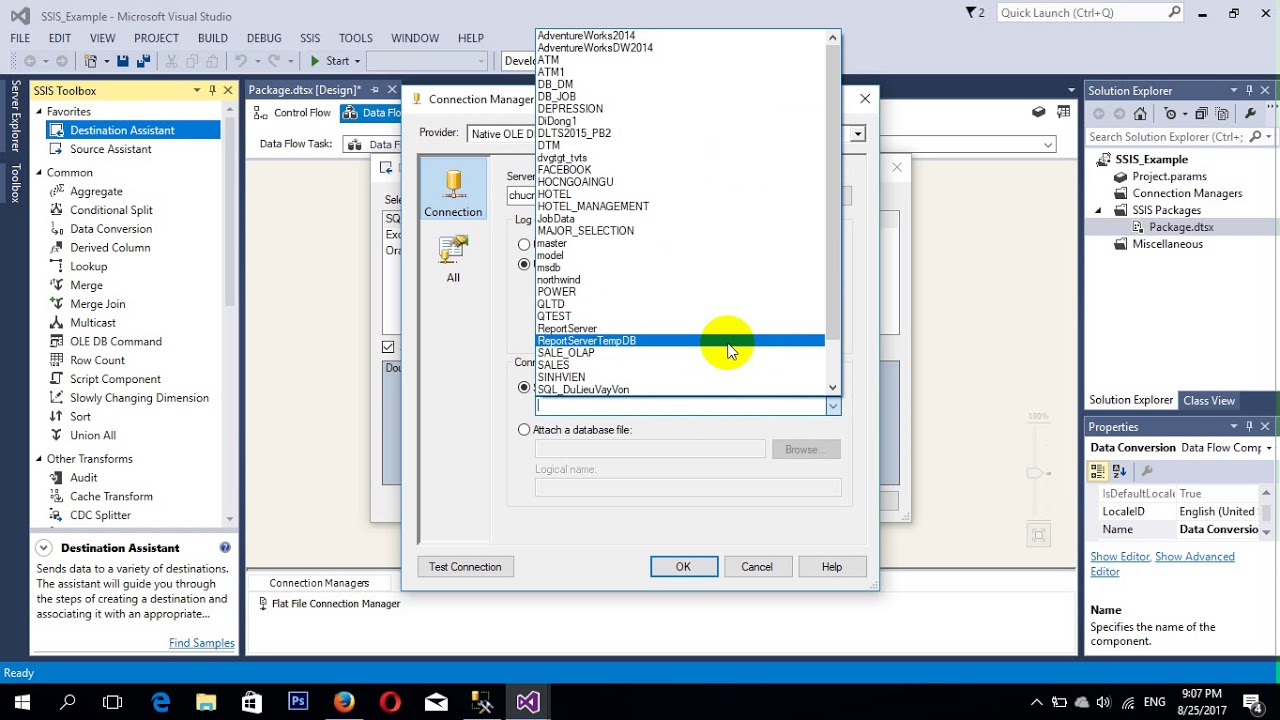 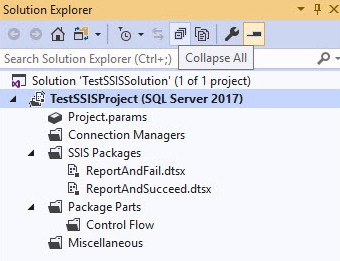 After rebuilding the script and saving the package, it ran successfully. Someone mentioned on Twitter that they experienced issues with deploying SSAS Tabular models. First I got a .NET environment error when I tried to deploy one, but to be honest, I had just run a tool that forcibly removed all remnants of Visual Studio 2015, so maybe that tool had been a bit too enthusiastic? I did a repair of Visual Studio 2019 and then I could deploy Tabular models without issues.

Need to find your variables or your SSIS toolbox? The SSIS menu has been moved to Extensions:

One small bummer: I haven’t found the Power Query Source preview in the toolbox 🙁