Quick tutorial on how to debug a C project built with CMake in Linux (should also work on Windows/Mac). CMake is an open-source, cross-platform tool that uses compiler and platform independent configuration files to generate native build tool files specific to your compiler and platform. The CMake Tools extension integrates Visual Studio Code and CMake to make it easy to configure, build, and debug your C project.

有很多 C 项目是使用 CMake 进行构建的， 用户首先会调用 cmake 生成 Makefile 文件，然后再调用 make 执行构建。. GNU Make is a tool which controls the generation of executables and other non-source files of a program from the program's source files. GNU Make 可用于从源码生成 可执行文件 或 其他文件。. In VS Code, bring the cursor on the name of the workspace (Test CMake VSCode) and click on the « +folder » icon when it becomes visible Type « src ». Now highlight the subdirectory named « src » then click on the « +file » icon Finally type « main.cpp ».

The background is that a young sharp co-op student has been successfully producing propeller C/C++ code using Visual Studio Code for file generation and Propware from the command line to compile and download. We have been trying to get the same setup on my computer(s) following the guide on David Zemon's site using the information on the Getting Started page and the Download page (MS Windows section) but are unsuccessful in running cmake. 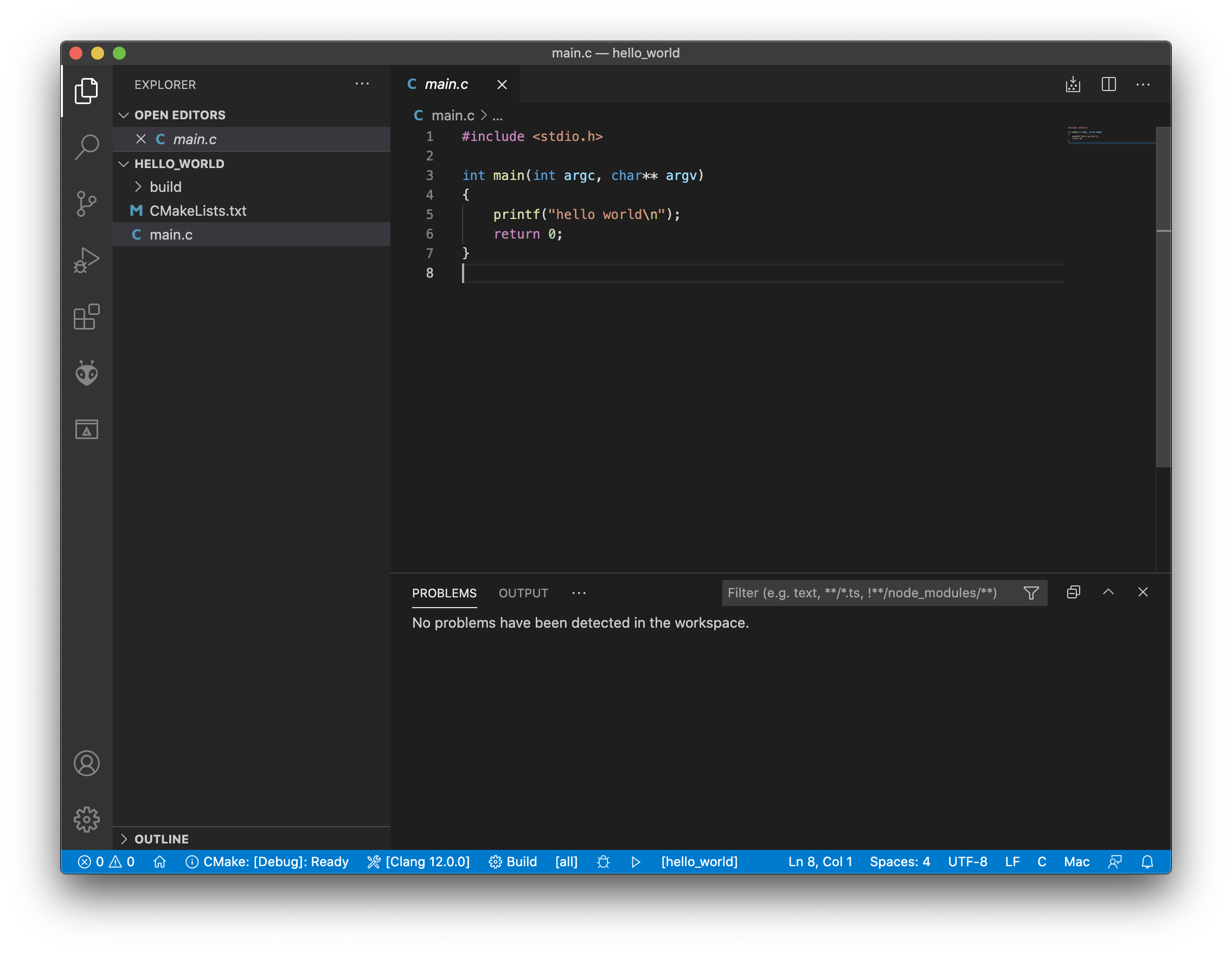 The extensions (think should not influence command line operations?) installed in Visual Studio Code are:

The CMakeLists.txt file is as follows:

and the GettingStarted.cpp file is

There are two error messages associated with the GettingStarted.cpp file:

but unsure if they relate to the cmake problem.

The CMake files in the bin directory are attached. With the caveat that i am essentially ignorant of all matters IDE and compiling, a few items in CMakeCache stood out:

In looking around for hints on CMake_Make_Program program errors, common problems appear to be absence of a compiler or undefined tool path neither of which seem to be the problem and absence of or undefined path for nmake.exe.. At some point in our trouble shooting i seem to recall an nmake.exe error but it has not recurred.

Unsure if there should be a value assigned after the ...:INTERNAL= statements or not.

Any advice or troubleshooting tips would be much appreciated.
Bruce Guest